At the Manali-Leh highway, the BRO has initiated the snow clearance process for the evacuation of 46 individuals. They were stranded in Koksar Rescue Post for the last 3 days. The sudden snowfall had blocked the highway of Rohtang Pass which of 13,050 ft high. It was a heavy snowfall and as a result, the rescue operation took time to start. With a comparatively better weather today, the BRO and the soldiers started the operation in both Koksar and Marhi. These are the connecting parts that need fast clearing so that the traffic movement can resume. According to SK Aswathi, the BRO commander, the rescue operation has started with the risk of bad weather condition in the Manali and Lahoul side. In spite of the terribly low temperature below minus, the soldiers and BRO have been working there and that is likely to continue for the next one or two days.

He also mentioned about the heavy snowfall that made the Rohtang pass highway to be covered under 10 to 15 feet of ice. As a result, it was not possible for the authorities to start the rescue mission right then. This is the situation that the authorities face much often and that is why they stay ready all the time to face such complications. Now they are opening the Rohtang pass area for the evacuation of these forty-six individuals who are trapped because of the snowfall. Other than that there are a number of vehicles that are stranded there too.

What the BRO Commander Said:

The BRO commander remarked that because of this snow accidents take place in this area and therefore, the road cannot be opened all the time for the traffic on regular basis. He added that they had made the request to the Lahaul Spiti and Kullu district administration to hold the traffic on the general basis there so that accidents do not take place at this time. 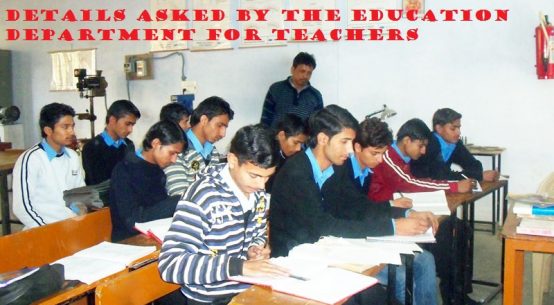 Details Asked by the Education Department for Teachers