Himachal Pradesh, 27th July 2017- Indian women’s cricket team wicket keeper, Sushma Verma, left an impressive mark for herself in the cricket world and in the minds of every Indian and cricket lovers as well. The Himachal Pradesh government, appreciating the wicketkeeper’s efforts has offered the post of DSP to her.

After the finals, the Himachal Pradesh chief minister, Virbhadra Singh, in a statement said: “Being proud of her achievement in the international cricket arena, the state government has offered the post of deputy superintendent to Sushma Verma.”

Summoning from Himri Panchayat in Shimla Sushma Verma has a strong connection with the state. Sushma played a match-winning knock against Pakistan during the group stages of the World Cup and proved her worth in the international women’s cricket arena.

The Indian wicketkeeper played a key role in setting the entire game against the rivals and thus was a major player in the victory of the Indian team. Batting at the No.7 position, the player scored a 35-ball 33 and a crucial 34-run stand with Jhulan Goswami to lead the team to a score of 169/9. In this match, India beat Pakistan by 95 runs, ensuring its third win on the run.

Rewarding her stellar performance, the HP CM offered her the DSP position.

However, she wasn’t alone to get rewarded by the state to which she belonged. Her another team member, Harmanpreet Kaur, also received an offer for a job in the Punjab Police by the Punjab CM Amarinder Singh for her excellent performance in the World Cup.

The Punjab CM sent a laudatory message for the Indian Team on Twitter and there he offered the post to the player if she desired to join the police force.

Such extraordinary and exemplary reward and recognition by the Indian team members will definitely help the Women’s team to change Indian people’s perception of the game and the ladies. 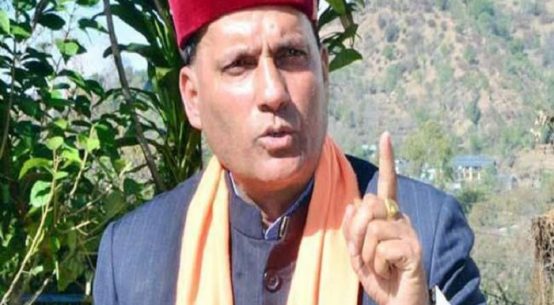