Palampur, July 18th, 2017- The deteriorating weather conditions in Himachal Pradesh is posing a serious threat to the state’s beauty and its historical significance. A landslide near the Shiv temple in Baijnath has endangered the historic monument.

Built in 1204, this temple adds to the unique cultural and historical relevance of the state. Due to the monsoon, heavy damaged is caused to the temple and it has posed some major menace to the temple.

The preserving wall of the temple is already on the verge of breaking down and a portion of the temple, which is situated on the left bank of the Binwa has developed cracks due to the landslide and heavy soil erosion. This historical monument beholds a major significance in the rich cultural and historical background of the region. It contains the essential architectural features of the Nagara temples and is located in the Kullu-Lahual Spiti road, an ancient route to Central Asia.

The temple is very popular in the local region and among tourists as well. Every year thousands of tourists pay a visit to this temple to adore its architecture and experience its well-embellished walls.

Maintained by the Archaeological Survey of India, this temple has developed its unique name and its rich history has added a great significance to the Indian history and its monarch as well.

The Archaeological Survey of India or ASI has spent several lakhs rupees to ensure proper maintenance and development of the temple for over the past 10 years. The maintenance work ensures that the temple is in a good condition and in its original form to keep the history intact and in place.

The state government has also constituted a separate trust to manage the temple affairs and the SDM, Baijnath Temple, is its president.

Two years ago, the Chief Minister of Himachal Pradesh, Virbhadra Singh, had sanctioned Rs 5crore for its repair and maintenance, when the poor condition of the temple was highlighted in the state Assembly by the MLA Kishori Lal. However, sources confirmed that no funds were released to the local administration.

This has been cited as a major problem as the temple was already not in a very good condition and the landslide and heavy rainfall in the region have contributed in worsening the situation in deteriorating the temple’s condition and its beauty.

Bachitar Singh, the temple officer mentioned that the ASI officials have been informed about the damage caused due to the temple by the recent rainfall and landslide.

The weather condition has already created a lot of chaos in the Northern parts of India, posing major threats to several historical monuments located in the region. 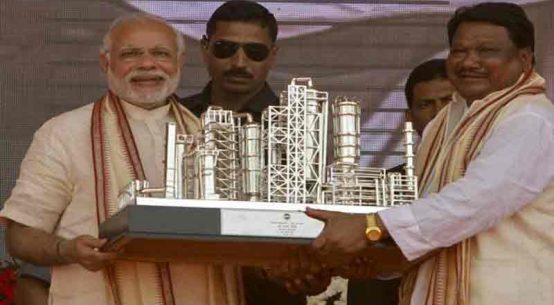