Skip to content
You are here
Home > Drinks > What is a Story Behind the Bat on Bacardi Logo?

Alcohol drinking is an integral part of family, social, and occupational life for many people. There is various brands of liquor are available in the market. Bacardi is one of the most popular and trusted liquor brands in the world. It has different flavored rums. Every liquor brand has a symbol or logo to identify. Some rum brand has symbols like Captain of Captain Morgan and the Appleton Estate banner. But the Bacardi bat is also famous for its logo. A few logos of liquor are as iconic as like Bacardi bat logo. Now, it is comparable to most of the brands of the market. Most people don’t know about the history behind the flying bat logo on the Bacardi brand. Here we will discuss the same topic.

For the Bacardi brand, the symbol of the flying bat was actually a logical choice. If we talk about the founder, then Mr. Don Facundo Bacardi Masso founded the company all the way back in 1862 at a normal downtrodden warehouse that came with no special guests. The wife of Don Facundo, Dona Amalia Bacardi noticed that more than hundreds of fruit bats were living in the rafters of the family distillery due to the attractive smell of the molasses. His wife Dona loves them as like their family members. From that day they decided to put the logo of bat on their distilled product.

The History of Bacardi Logo

Bacardi is a rum brand that has many changes throughout history, including the revolution of Cuba. Bacardi sells more than 200 million bottles of rum in a year. With the logo of bat on every bottle, probably it is one of the most recognizable brand symbols ever. The intuition of Dona was spot on, as Bacardi rose with legions of fans, to be one of the largest spirit manufacturers in the world including Ernest Hemingway, in three of his novels referenced the company.

More than 150+ years proudly a bat with its splayed out wings has represented the company’s resilience and determination and the persistence of the family of Bacardi ever-changing with the unpredictable and competitive market. And, it could be said that the powerful symbol was born of fate. The Bacardi logo had many changes and the latest design change made in 2013.

The logo of the original Bacardí bat was drawn in 1890 with a simple design of black and red. It is actually a black outlined tiny flying mammal set against a red circle with a black illustration. In 1898 the Cuban war ends with Independence and the brand updated their logo to include “Marca de fábrica,” that means trademark, and the complete details were in the bat logo.

That Bacardi bat logo was not changed for more than 50 years because Bacardi’s name became famous in the international market. In 1959, the bat was given another update. To get more attention the fruit bat logo became more stylized rather than realistic, as an accent gold was added to the signature emblem of red and black.

Between 2002 and 2005 some minor changes were made. A 3-dimensional bat was made and the bat’s wings were drawn to exceed the circular outline of the logo. And this time, the head of the bat was drawn looking to the right side but actually, it was in left.  Bat’s turn of attention meant to symbolize to Fulfil Future need, as like that the Bacardi also committed to providing updated production to the future generations, and doing the same.

Rum holds a place in everyone’s hearts. In India or South America, it’s everyone’s favorite. Especially the Bacardi rum is outstanding. Most Indian-made whisky is traditionally crafted with neutral spirit distilled from molasses also known as rum. It is then blended with small quantities of scotch or malt whisky for flavoring and also used as the basis for Indian-made vodka, gin, and brandy.

If we talk about a privately-owned spirits company, then Bacardi Limited is one of the largest liquor companies in the world. There are more than 200 sub-brands beneath the label of Bacardi. The art of producing rum and distilling by Bacardi has perfected masterfully, which is evident in their quality and flavors. That’s why people love this brand. It is available at its lower price. Some most popular rum products of Bacardi are:

Some people think that taking rum is not good always. It has side effects. But, they are not known that Rum is a good source of nutrients, vitamins, and minerals apart from its wonderful taste. As you know, taking excess amounts of anything is not good for our health. If you take 42 grams of rum, then it offers 0.021 mg of Copper, 0.008 mg of Manganese, 0.05 mg of Iron, 2 mg of Phosphorus, 0.03 mg of Zinc, 1 mg of Potassium, and 0.003 mg of Vitamin B1.

Here we will discuss 10 health benefits of taking Rum.

Bacardi has become more popular by its advertisements and marketing also by encouraging the use of rum in cocktails and at parties and pubs. By using social Medias like Facebook, tweeter, Instagram provides new product information and its details to customers. For the younger generation, it is very useful. The use of the internet is enhancing its production and export amount due to an increase in consumption rate.  With the love and support of people, RUM has become one of the most popular alcoholic drinks in the world. 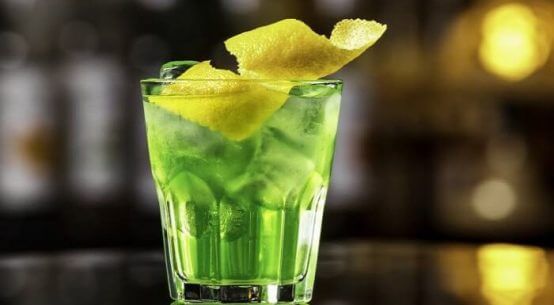