If you have a true love of nature and a love of the mountain then you must make a few trips to Himachal Pradesh. There is a number of beautiful valleys, many types of mountains, lush, those mountain covered with snow, waterfalls, flora, fauna, etc.

There are many types of religious places and temples. The best journey in life is visiting Himachal. Himachal is known as dev Bhoomi it is also a sacred site for the people. The temples in Himachal are attached with Ramayana, Mahabharata, and shiv – sati.

According to my Himachal Pradesh, it is not just a place it’s a feeling, love which Contains happiness, adventures, Creativity. Everything here has its own specialty. Himachal always gives a message to people that there is nothing in the world without any quality and specialty, whether those are animal, human, thing, etc.

Some important information about Himachal you should know and also learned.

On 18 December 1947, the state of Himachal Pradesh act was passed and the new state comes into being on 25 January 1971. A number of districts are: -12, and members of the legislative assembly are -68, Lok sabha seats: -4, and RajyaSabhaseats: -3. Dr. Yashwant Singh Parmar as its first chief minister of Himachal Pradesh. He was the leader of The Indian National Congress.

It is bordered by the union territory of Jammu and Kashmir on the north, Punjab on the west, Haryana on the southwest, Uttarakhand on the southeast, and Tibet on the east. At its southernmost points are also touches the state of Uttar Pradesh.

G.A Gerson was a researcher of the Pahari language.

There are 5 national parks in Himachal Pradesh.

Some other things about Himachal Pradesh

Reo purging is the highest mountain peak in the state of Himachal,

Growing crops like rice, maize, and fruits like apple, cheery, plums, apricot, and peaches. Himachal is also said the fruit bowl of the country. There are different varieties of apple- yellow apple. An interesting thing is that you can eat apples without any permission.

66.52% of forests area in Himachal Pradesh that’s why most people work in the field. Himachal is a peaceful place just because the population is 8%. Due to the decrease in population, there is one benefit that corruption has low cases. Over 93% of the population in H. P depends upon agriculture. Himachal is the 3rd best state in India and also it is the best place for tourists after Jammu & Kashmir.

Firstly! I want to talk about what is shakti peeths?

It is an interesting story related to lord shiva and goodness sati. when you will know that your curiosity will increase & you want to see this temple: – let’s throw the attention on this story.

There was a king named Prajapati Daksha, he was the father of Mata sati. One day king Daksha organized a ‘’ yagyaa’’ he has invited all priests and deists. Daksha has not invited shiva and sati in this yagyaa, Sati was becoming sad after hearing this. Sati wanted to join the yagyaa and Sati said to Lord Shiva that I wanted to attend the yagyaa then lord Shiva tried to explain to Sati without any invitation we can’t go there but Mata sati doesn’t understand. she reached the function without any invitation when she reached then she saw king Daksha insulted Lord Shiva. Sati became angry and unable to hear her father’s disrespect for her husband and Sati threw herself in burning yagyaa and she killed herself. When Lord Shiva heard this, he became so enraged then lord Shiva kept the dead body of Mata Sati with himself and he started dancing [tandav] in all universe. Then lord Vishnu Ji thinks that how to stop lord shiva? because it is not safe for our universe. Then lord Vishnu cut Sati’s body into 51 pieces with his ‘Sudarshan chakra’. then lord shiva free to his emotions and energy. that time place became a religious place and it’s called shakti peeths.

1. Naina Devi Ji Temple where the eyes of sati fell after Lord Vishnu cut her body into 51 pieces to save the earth from lord shiva’s wrath. This temple is located in Bilaspur in Himachal Pradesh.

3. Chamunda Devi temple in kangra. this temple is dedicated to Kali Mata who is known as the goodness of war.it was built by king Umed Singh there is a thick forest of pathiar and lahla that make it a place for tourists for tourism.

4. Baijnath temple Palampur in Kangra. This temple is dedicated to shiva. Originally known as kriagrama is the main attraction of Baijnath in ancient. During the festival of Shivratri, their people worship shiva by singing songs, dancing at the biggest celebration here. view of this temple is so beautiful number of tributed, come here. People Chant the name of lord shiva like “Har Har Mahadev”, and “Bam Bam Bhole with their hearts.

5. Brijeshwari Mata temple in the center of Kangra. Hindu mythology says that after lord Vishnu divided the body of sati at that time the sati left breast fell at this place. This temple was destroyed in 1905 by an earthquake and its again rebuilt by govt.

6. Hidimba Mata temple in Manali is a cave temple dedicated to Bheem’s wife Hidimba this temple is related to Mahabharata. This temple was completed in 1553 by maharaja Bahadur Singh.

7. Laxmi Narayan temple in Chamba. Built-in the 10th century by king Sahil Varma. There is a small story related to the temple. there was a king named was Sahil Varma who wants to make this temple with Marble stone then the king gave an order to his sons to bring marble stone from the mountain. But king Sahil’s 8 sons have been sacrificed by robbers. But again, the king gives orders to his elder son at least he gets the marble with the help of the saint.

8. Jakhu temple Shimla dedicated to the Lord Hanuman temple related to Ramayana. This temple where Hanuman was taken rest while searching Sanjivni Booti for Lakshmana. The Height of the statues of lord hanuman is covered (108 feet).

9. Tara Devi temple in Shimla.This temple is located at the height of where you enjoyed the most.  It looks very beautiful this temple was built by Sen Dynasty.

10. Chintpurni Temple is located in a small town in Una.

There is also Shirdi Sai baba Temple in Gurkha, Kasauli in Himachal. Their priest says this temple is 50-year-old and every morning held arti at 12:30 pm there is Dwarka maai corner Shree Chavndi.

Which is the best place for Tourism in Himachal Pradesh?

You find a number of stunning, hill stations, quaint villages, snow-covered mountains, lush valleys, diverse Flore and fauna, and adventure activity here. The most popular hill station in Manali is situated on the banks of River Beas. There are lush pine and deodar forests, snow-covered mountains, waterfalls. Manali is also for paragliding, kayaking. Trekking, hiking. Kasol on the bank of the Parvati river is also known as mini-Switzerland. Shimla the capital of Himachal is also known as the queen of hills. Dal House there are lots of mountains, waterfall Oak trees with beautiful flowers. Solang valley, Birbilling, Kaipa these places are so wounder full.

The airport in Himachal Pradesh

There are three Airport in Himachal Pradesh 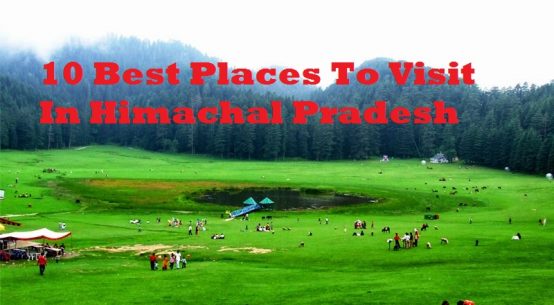 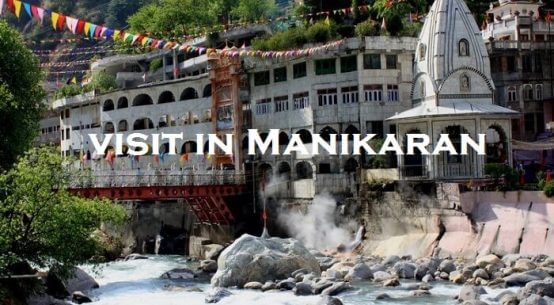 Top 10 places to visit in Manikaran