A 56-year-old army officer is suspended on the charge of misconduct with a 21-year-old girl has been sent on three-day police remand. The statement of 164 of the victim’s marriage was recorded in the court. The woman’s final medical report has not been received. It has been sent to forensic lab; only after the report comes from the lab, the police department is talking about clarifying the situation. The police also went on the spot and collected the evidence related to the incident and took possession of the clothes, they are also being sent for investigation. On the other hand, the police clarified that this gang is not accused of gang rape

In the complaint given to the police, the girl alleged that on November 19, her father was called by Col. Gawal in the program to be held in the Gayatri Theater. After the program ended, they dined. There, Grewal was saying that you go to my daughter to go to Mumbai modeling. He also took the number from her, who, after reaching home in the evening, asked Gregal to call her on the phone and she asked for modeling.

On November 20, Grewal called it to send her photograph, which he had told to send his daughter to, then he sent some pictures to Grewal on his Whatsup. After that, Grewal asked to meet him and that he has a choreographer and model director sitting and there is also aunt and maid at his house.

This Is Not A Gang Rape Case

That same afternoon, at 2 o’clock, he had come to Lankar market from where he came in with him and went with him. It took 10 to 15 minutes to reach their home. He started the door shavings from inside and then he offered food and drinks. Then Grewal Uncle pushed her to the bad and abused her. On the basis of a complaint, the case was registered in the police station. The accused was arrested on Wednesday. SP Shimla Soumya Sambishwan said that the accused has been given three days police remand. The statement of the girls 164 has been recorded. The police are exploring every aspect. This is not a gang rape, they maintained. 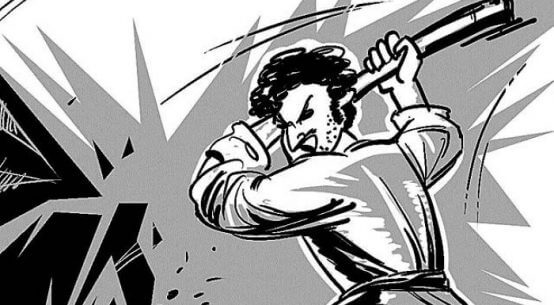